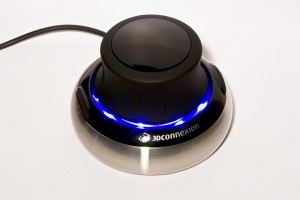 In Linux there are several options how to get it to work:

Installing SpaceNavigator without the official driver

There are not many programs able to use SpaceNavigator in Linux right now. However, adding support is fairly simple. Apart from using VRPN, which is an overkill for simple projects, it is easy to use the device directly using the input framework as HID device.

Note: If you have the official driver installed (or spacenav driver, not tested), you need to stop the daemon otherwise the example will not work.

This section is obsolete. The current version of the SecondLife viewer has the support for the SpaceNavigator and joysticks on Linux built-in. Enjoy 🙂

Second Life supports SpaceNavigator in Windows and MacOS X, together with regular joysticks. Unfortunately, there is no Linux support, because the library libndofdev doesn’t have a fully finished Linux part.

The simplest solution was to create a drop-in replacement for the library, implementing minimum of the public API in the file ndofdev_external.h distributed with the Second Life sources.

Steps required to build Second Life with support for joysticks and SpaceNavigator:

9 thoughts on “3DConnexion SpaceNavigator in Linux”